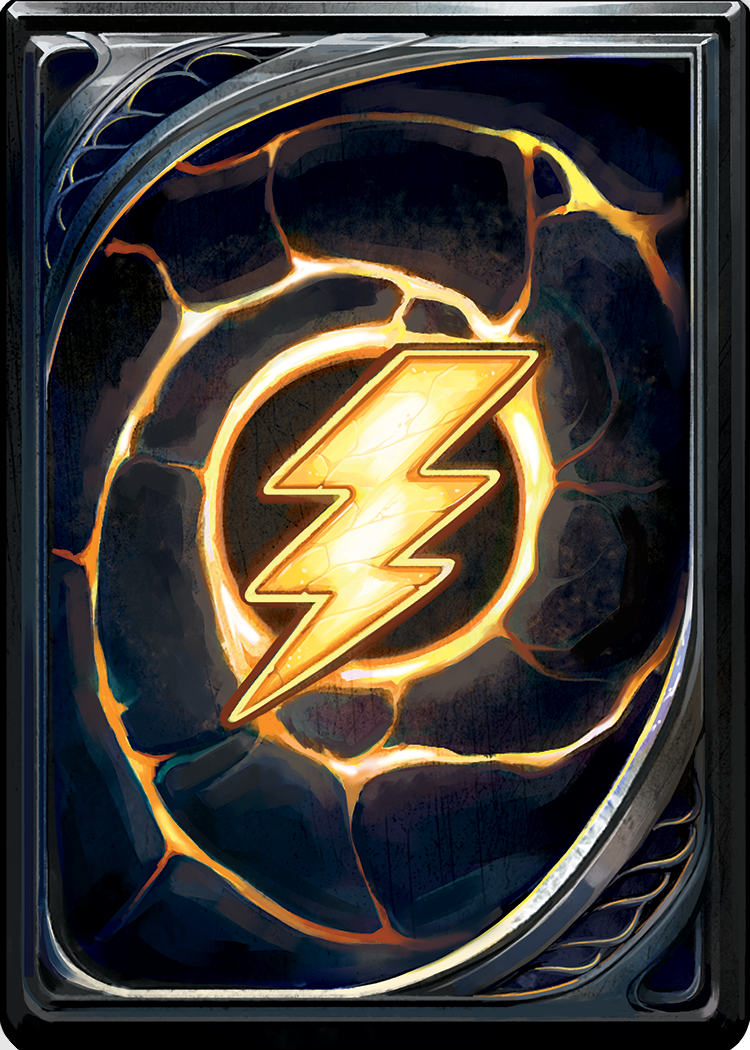 Cards are a core feature in Hand of the Gods: SMITE Tactics. Cards are used in battle to summon units to fight and to cast spells or other effects. Most of the characters and spells featured in these cards are derivated from the ones in SMITE, another game developed by Hi-Rez Studios.

Roman (more pantheons are scheduled to be added in the future). There are also

Neutral cards that can be used in decks from any pantheon.

Cards vary in their types of Rarity, which affects their chance of appearing in card packs aswell as their Crafting and Disenchanting values. The current levels of rarity are: Common, Rare, Epic, Legendary and Free. The rarity of a card is shown by the gem under it's name. The Pantheon of a card can be seen by the Card Frame. All Free rarity cards are unlocked for all players by default, and can't be crafted, rolled from Card Packs nor disenchanted.

Each card has its own mana cost. This cost is visible at the top-left corner of the card. Cards cannot be used if there is not enough mana for them.

Each deck is composed of 25 cards. A deck can only hold a single leader, and up to 2 of the same card of any other type (except Legendary type cards). The cards for a deck must be either from the same pantheon as the leader chosen, or neutral cards.

All players start with a select number of cards for each pantheon and some neutral cards. Additional cards can be obtained by either opening card packs or by crafting a cards individually. Unwanted cards can be disenchanted into

Canoptic Dust, which can then be used to craft other cards.

Leaders cards will decide which Pantheon's cards you can use in addition to the Neutral set. There is one leader available for each Pantheon. Each leader has a unique ability that costs mana to use. Each leader also has a Skin that can be used, these skins are cosmetic and do not actually change anything about the leader except for their appearance.

Minions cards will summon a unit when used. Some minions have special attributes. A minion is any non-God unit card and they are all members of the Neutral pantheon. There are several sub-types of minions, these include Beasts and Structures.

Spell cards will cause a special effect when used, from benefical effects for the user's units to negative debuffs for their opponent's.