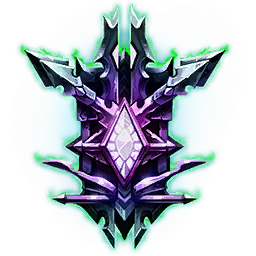 Ranked is the competitive matches system in Hand of the Gods: SMITE Tactics. In Ranked, players are able to test their skill against other players, earn MMR, and climb the ladder to the top! Players must chear account level 5 before they can join Ranked matches.

Players will start off by playing 10 Qualifying Games. After the player has completed 10 Qualifying matches, they will be placed into one of six Divisions; Bronze, Silver, Gold, Platinum, Diamond, and Masters.

Players will gain MMR with each win, and lose MMR with each loss. There are no promotion games in Hand of the Gods and a player's division will be entirely determined by their current rating.

Once in a Ranked game both of the players' Divisions and MMR will be shown to one another right next to their player name, and will allow to quickly asses an opponent's strength.